About Us
We concentrate on the sound solely, paying hommage to Canada's greatest band: RUSH. Not trying to replicate the looks or theatrics, just the vibe of the classic records on stage.

This is who we are 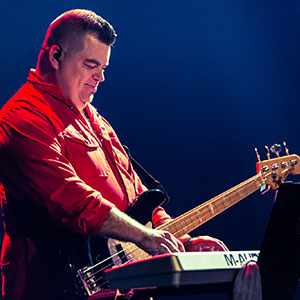 Marc has been in the music business for over 15 years. An accomplished sound engineer and a producer, his first love is bass guitar. While learning to play his instrument, Marc discovered progressive rock music and the long epic songs of such bands as Rush, Genesis and Pink Floyd.

Listening to those bands made him aware of music esthetics and audio production which he later studied. Marc has worked with known artists such as Paul McCartney, Simple Plan, Benoit Jutras, Jim Corcoran, Michel Rivard and many others. 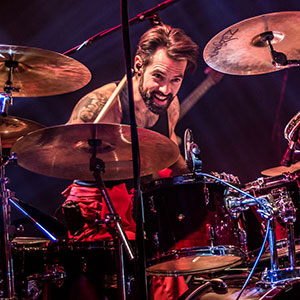 Mathieu has been playing drums and singing backing vocals for 2 decades now. Ranging from the Beatles discography to Rush, doing his share of extreme metal, funk, blues and jazz along the way. A Rush enthusiast since his teenage years, Neil Peart's influence has driven him to lots of practice, developing an ear to detail and loosening his limbs on the drums.

Singing Geddy Lee's part is somewhat of an accident (for the vocal tone) and years of singing along with the songs when he wasn't playing them on the drums. Now he gets to do both! Mathieu's current musical landscape includes Decadawn, an original melodic metal band and Dance Into The Light, supporting Martin Levac in a musical review of Phil Collins's solo career. 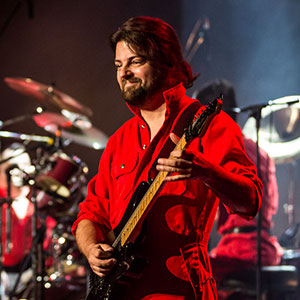 François is a highly proficient musician who plays every type of music, be it classical and jazz to metal, progressive, country, blues, funk, latin, world music and everything in between. He has studied with Montreal's best teachers earning him a bachelor's in music from Montreal University.

Francois currently teaches guitar, bass, banjo, ukulele and mandolin (over 20000 lessons given!) and has played with numerous acts such as Dance Into the Light (Phil Collins), Renegades of Funk (RATM), Brooke Miller and Don Ross.

IT ENDED UP BEING MUCH MORE THAN A JAM...

At some point during the winter of 2014, Martin Levac (of the Musical Box and Dance Into The Light fame) encouraged his good friend Marc (a world-class studio engineer and accomplished bass player) to pursue his dream of putting together a Rush tribute band, with no other reason than to have a great time playing great music. Marc then turned to fellow guitarist Frank (who, to this day, tours regularly with Levac on bass duties) with the premise of combining their skills to recreate studio magic live, on stage.

At Marc's 40th birthday, the two decided to pair with a very talented (albeit non-montrealer) drummer to jam out some tunes. Some Rush was played, of course, but also others such as Muse, Tool, etc. Over the next few months, the three had varying opportunities to get together and try out more sequences and tones with awesome results! It was apparent however, that a local guy would be preferable and long-time drumming partner Mathieu was added to the roster.

For obvious reasons, every Rush tribute band sees the bass player on vocals and, as such, Marc was to sing Geddy's lines. Lo and behold, Matt's take on the iconic Geddy's vocals was simply jaw-dropping. New World Men as you know it was born of the following jam sessions in early summer 2014 and the limits of technique and technology keep getting pushed to offer its audience an unbelievable multimedia experience.